I have flung around a lot of guff about how difficult PST can be. I need to be honest now about how goddanged silly it can be at times. For instance, our final (optional) language review, right before our big final language exams, mind you, consisted of bubble blowing and a dragon-fruit eating contest. While we can take credit for the bubble-bonanza (they were only $2 for a pack of 25, I HAD to), the eating contest can be accredited to none other than our most self-assured language instructor. The Bell of Battambang himself: Sopheakthra. This wicked teacher pitted us against one other with large, gorgeous plates of red dragon fruit. I have no doubt that this spectacle was dreamt up by Sopheakthra with the intent of making utter fools of us all. But, he and the other two instructors participated in the end. No harm, no foul. Just a lot of filthy faces. 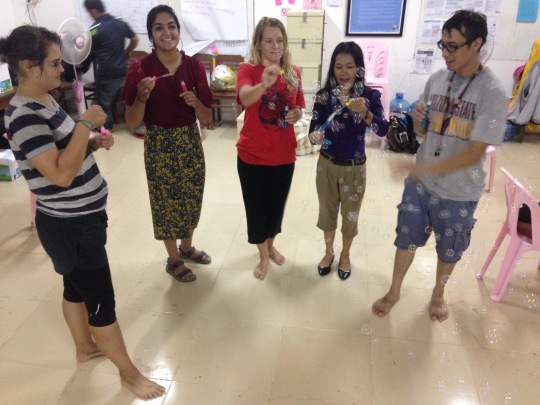 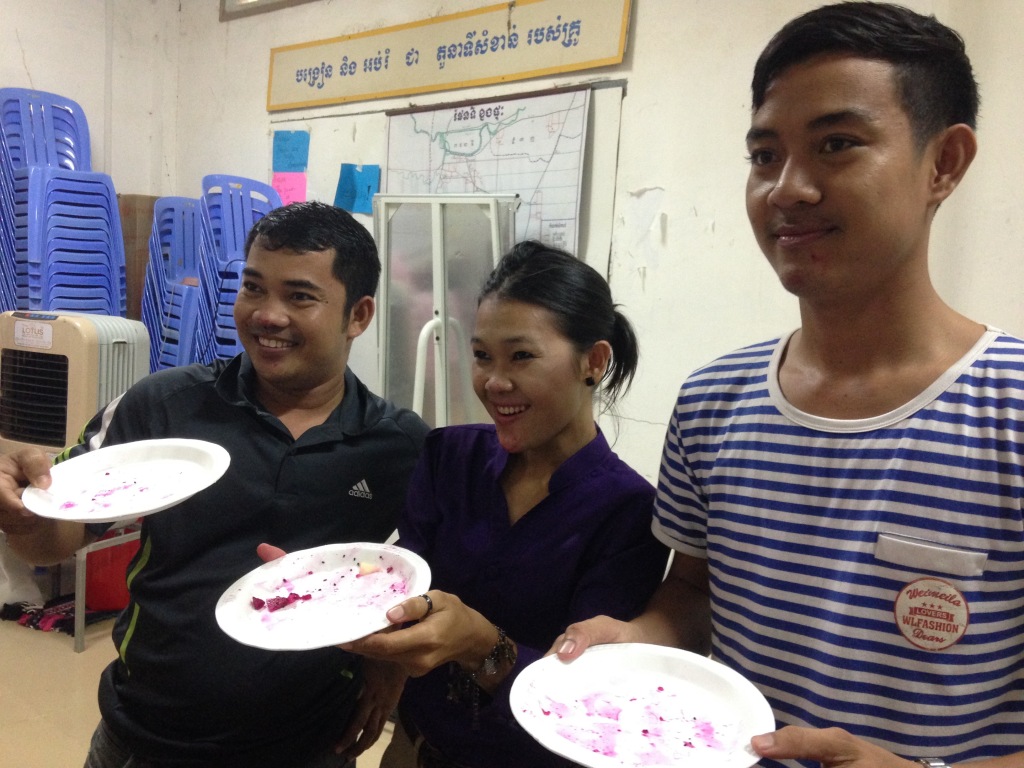 Yes, it was party time. As a thank you to our host-families, PEace Corps threw us an outright Khmer hootenanny complete with traditional dancing and opening remarks from local officials. It would be held in the afternoon following our much-dreaded Language Proficiency Tests in which a staff member would start a tape recorder rolling and then proceed to ask us a series of questions in Khmer and engage us in a role-playing situation. I passed, Novice High. Also of note, I was also *literally high* on Peace Corps-issued benedryl during the oral exam due to a miscommunication about the correct dosage following an allergic episode that morning. My reaction to it was strong, to say the least. My catatonic state resulted in a complete disregard for my pride and/or dignity which manifested as a voluntary visit to Carlen’s host-sisters’ home. They do hair and make-up for Khmer weddings and parties. Think less “au naturale” and more “Frieda Khalo.”

Priya delivered a beautiful speech to our families in which she addressed the discrepancy between English and Khmer regarding the words “house” and “home.” In Khmer, there is only one word for both, “pteyuh,” which often refers only to the physical structure or building where one resides but does not necessarily carry the emotional connotation that we attribute to “home.” Priya helped communicate to our host-families that they helped us build a home, a place where we felt loved and safe and happy in the middle of all the madness. For that, we could never forget them. Or their food, we reassured. The goodbyes would come soon, but for now, we needed to dance our faces off. And most importantly, my host-mom needed to flip out in approval of my dope make-up and hair. 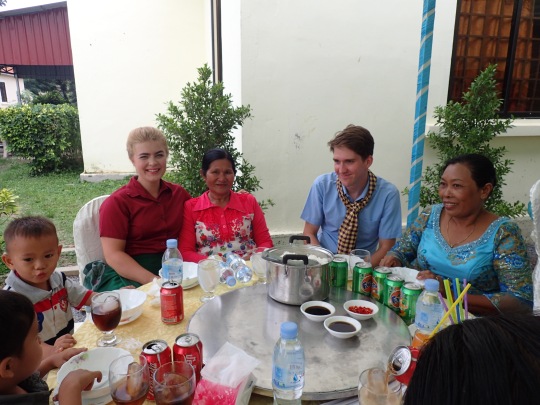 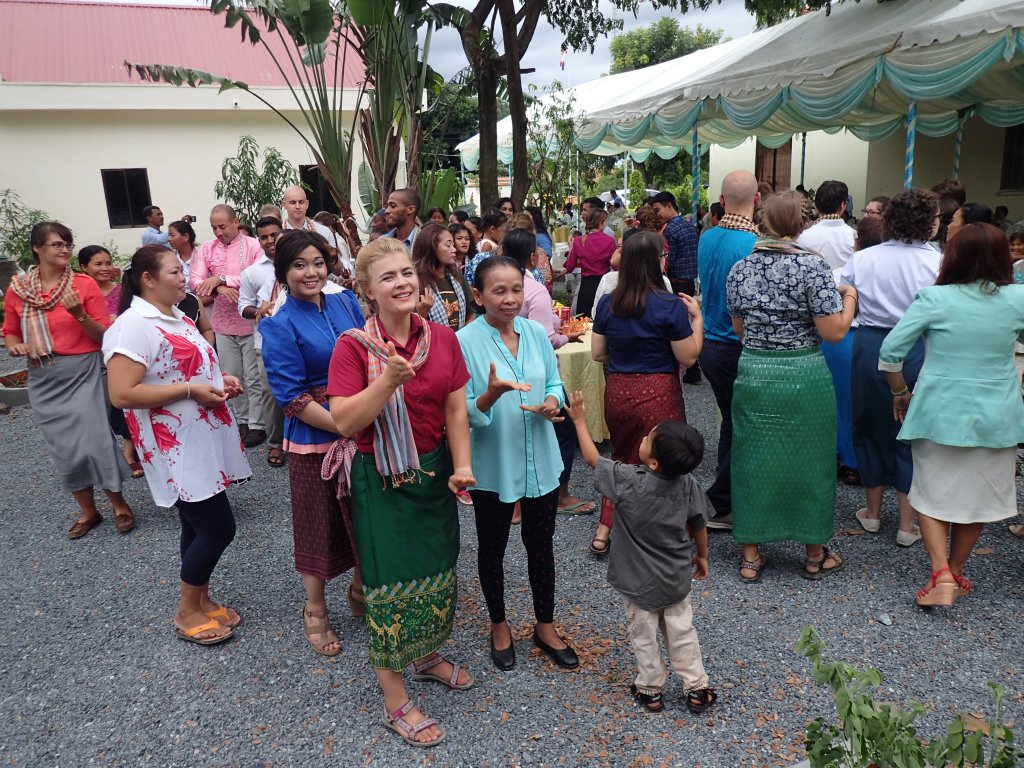 I am a master packer. I can focus on the act of packing up a life’s-worth of stuff until the job is DONE, damnit. And done spectacularly well. I have done it many times and will likely do it many more. But this time was difficult. I had a definitive place in a home. Not that I haven’t had this before, but part of becoming an adult means feeling like somewhat of a visitor when your return home, discovering that things have shifted while you’ve been away and you might not fit where you formerly felt snug. Presently, I had a big sister, little nieces and nephews, and my stern, wonderful mother. It was home of strong women and pure children to which I was proud to belong for a time. I grew much more aware of so many small things I would miss, like the ever mobile face of my sister and the complicated micro-interactions between the kids. There were plenty of big things too, such as the shower of free food and beverage from the neighborhood aunties or the demanding nature of my bombastic nephew. 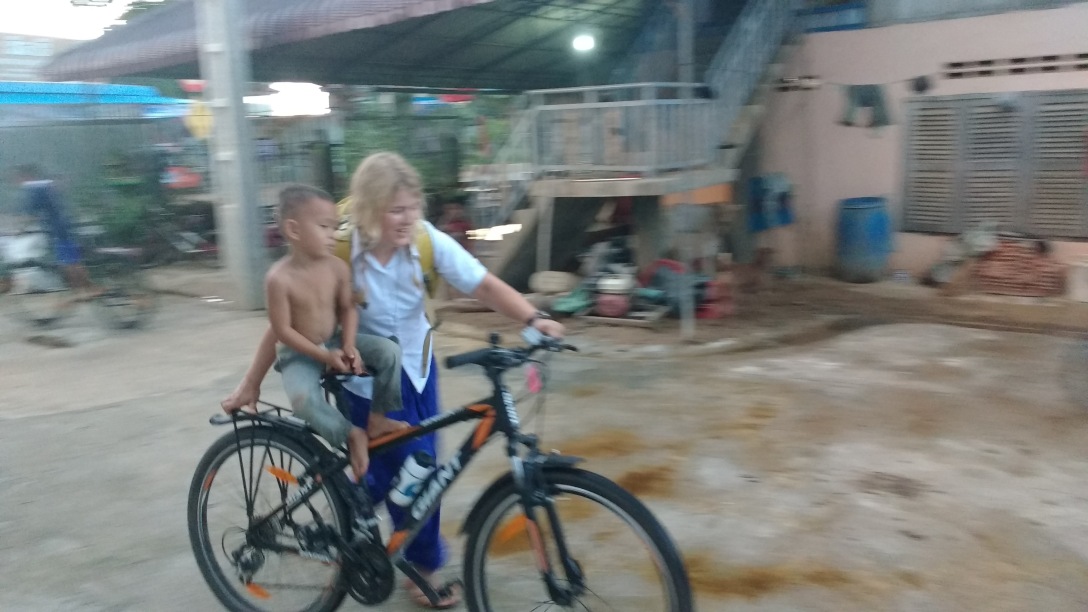 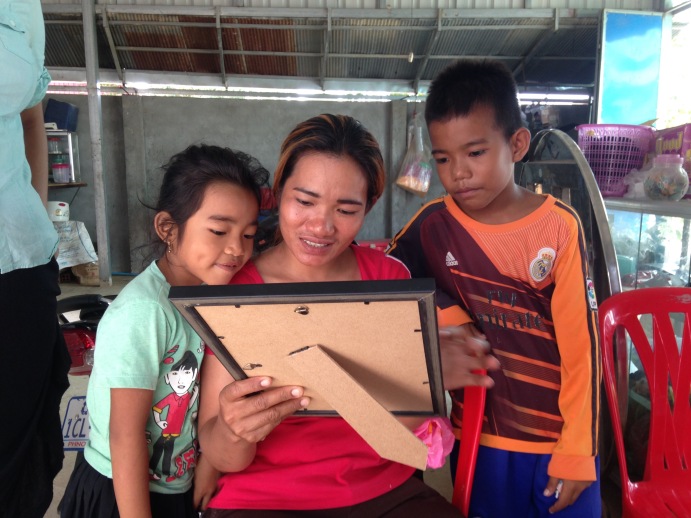 The departure was damn near impossible. We were in complete denial about leaving, right up until the very second. We were all a wreck, my mom, Christy, all the aunties, and me. Tears all around. My mom dashed away and reappeared to stuff a few bags of my favorite snacks into my purse, all of which she must have taken secretive note these past few weeks. I crawled into the van and couldn’t look back out of the window at the gallery of pained faces. This is not all how I wanted to remember them until I visited again. The hours spent at home that morning, awaiting the PC vans, were some of the first truly free hours we had all had in a long, long time. It was spent leisurely, trading final laughs (and meals, so many meals…) with our families. Really, we did absolutely nothing. And that was the best of all. I cried into Allie’s shoulder for awhile, then nestled into my backseat to watch a clip I had taken of the kids just that morning which I think ultimately captures the routine magic of our daily kid-theater, the thing which I will miss the very most.

I grew up a little bit with these kids, beginning as a complete dingus at the beginning of PST with barely a clue about how to wash my hands from a rainwater basin or play the most basic schoolyard games. Between them and my host mom/sister, Christy and I did a lot of learning and loving here. I can wash my hands now. I can also take huge leaps… 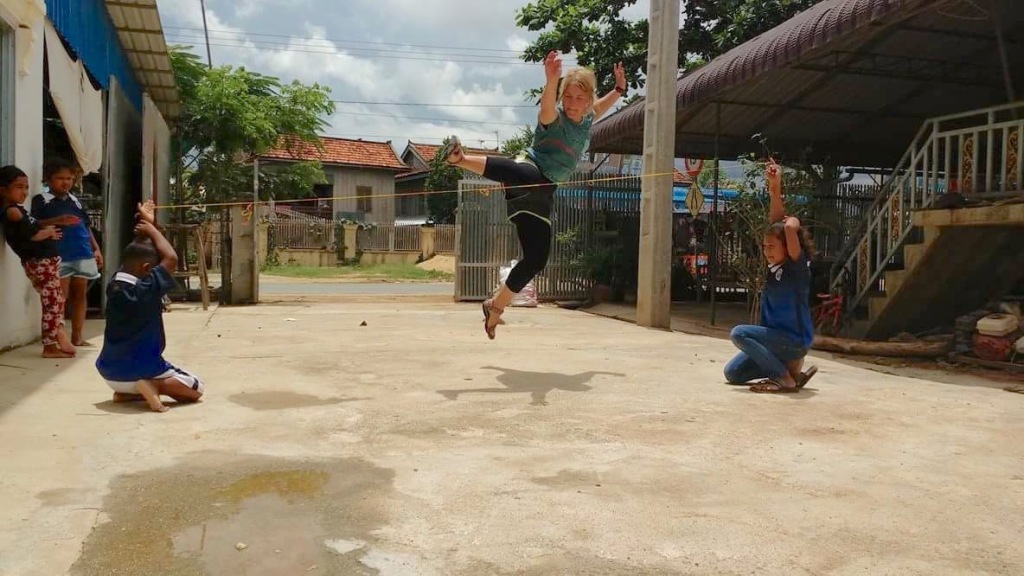 …and land in one piece. 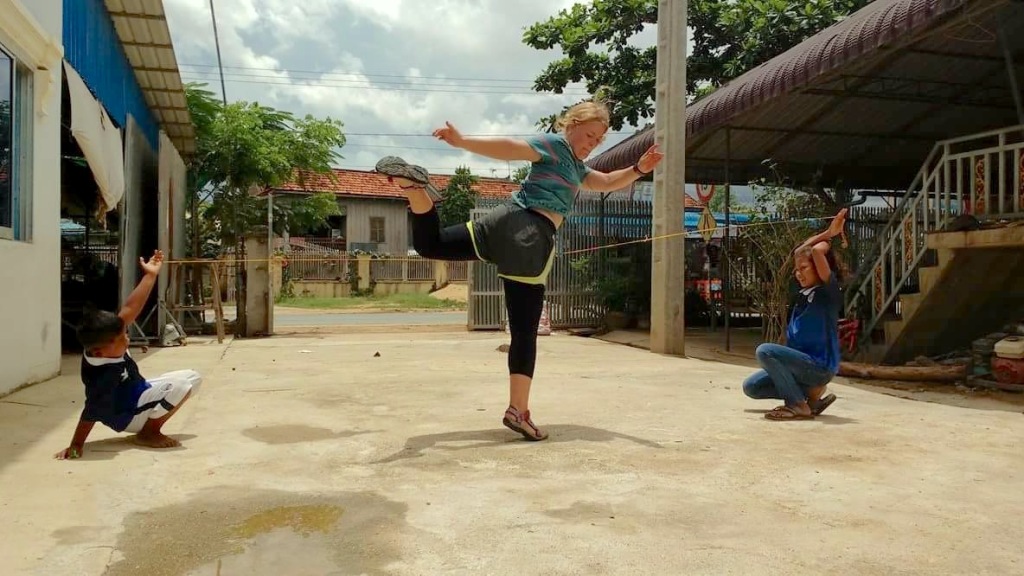 I can serve for the Peace Corps.

2 thoughts on “End of PST and Swearing-In”