From Oklahoma I braved the creepy crawl through pockets of Bible-country, decorated with billboards two parts “Jesus is Lord/Where are you going: heaven or hell? Call 855-TRUTH” and one part “Endless ribs/Free 72 oz. steak *if you can eat it in an hour.” Why, you ask? To meet with my favorite female human in her new city of residence, New Orleans. This would be my first time in the city and I didn’t entirely know what to expect. When I started passing multiple neon advertisements for Jägermeister on tap, though, I was pretty certain I was close. Then I saw this butt. I was powerless to resist. 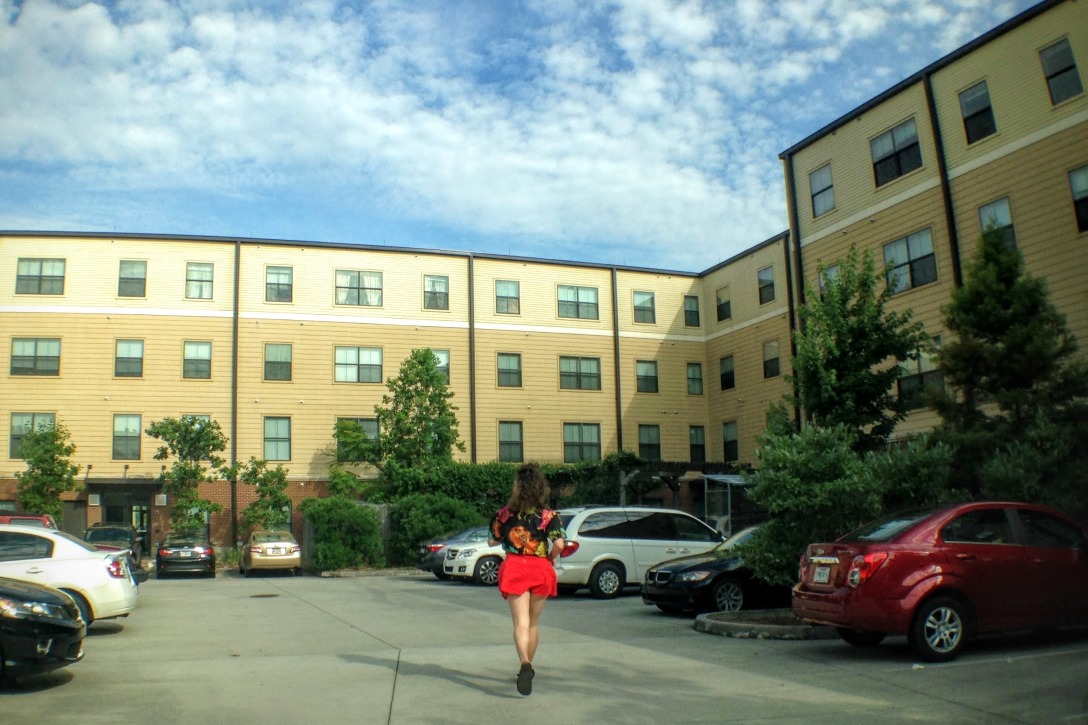 Caroline convinced me to tweak my travel plans in order to end up in NOLA just in time for my 24th birthday so that she and her bodacious sis, Kayleigh, could chaperone my bright-eyed bush-tailed booty. Given their record for general badassery, I capitulated. But first! Caroline is a whole 8 days older than I am, thus her b-day was barely a week ago. I had to dote on this woman (and take a thousand photos while she opened her gift). I framed an original little piece of art that I made for her new place which speaks to our affections for cake, each other, and Broad City. Caroline is my hands-down, no contest, til the end o’ time best lady and other half. She deserves all the pralines in the south. 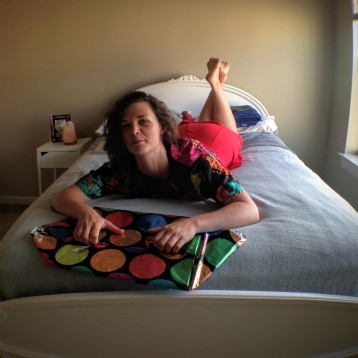 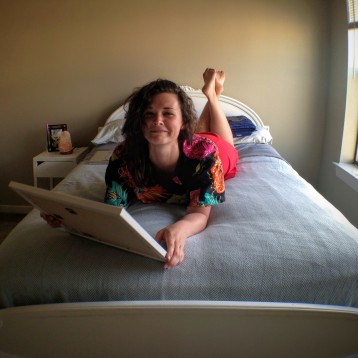 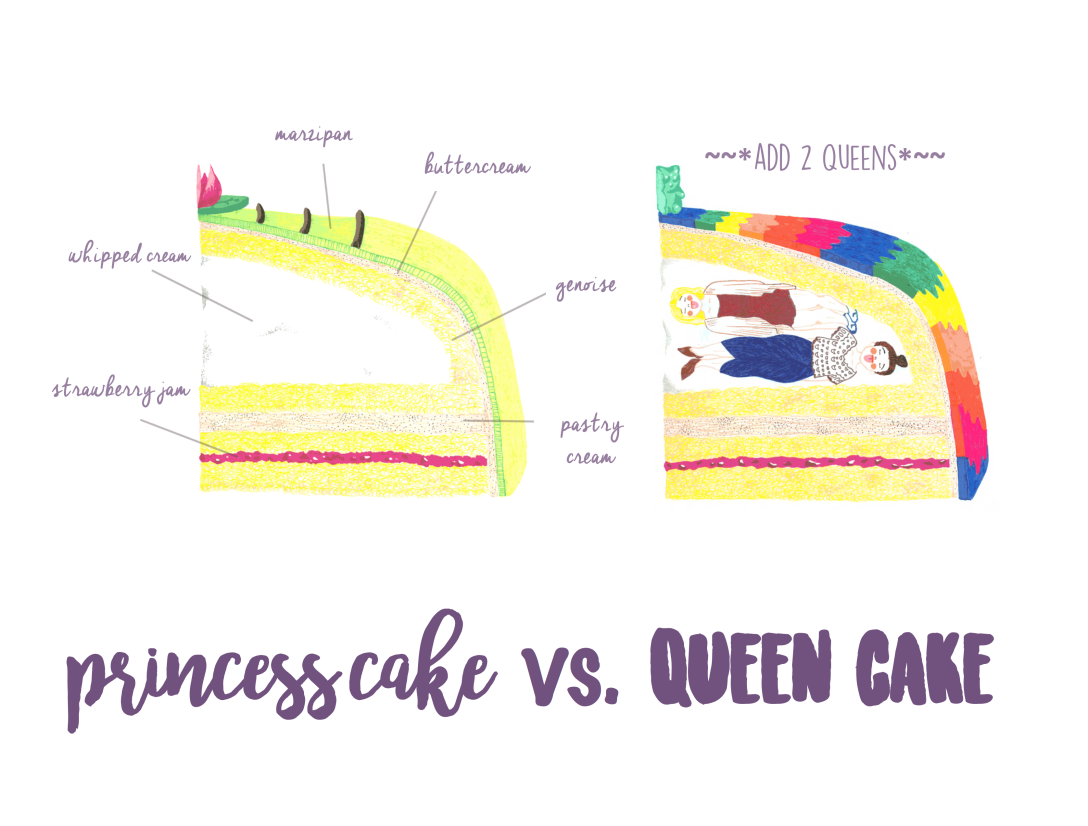 In New Orleans tradition, Caroline pinned a $1 bill to my dress to let the world know it was my birthday and invite them to pin more dollars to me throughout the night. After some convincing, Caroline also pinned one to herself for her belated b-day. After some (imposter) “Pimm’s cups” at Avenue Pub, we walked our way to the French Quarter and the Robb sisters pointed out the most salient/their favorite features of their adopted city.

As luck would have it, NOLA Pride Weekend coincided with my visit. Bourbon Street was decked out in rainbows and – what I can only assume – is more glitter and beads than usual. The dollar bill did good work flapping around on my bosom. Strangers bid me a happy birthday left and right. I felt a little famous. We knocked a few items off of my To-Food List at dinner – fried catfish, red beans and rice, and a sneaker-creeper cocktail – and then helped a sweet bachelor party with one of their scavenger hunt tasks (“take a pic with a blonde, brunette, and redhead”). Then, finally, the Pride Parade. It was Moulin Rouge incarnate. But aside from the glitz and glamour, I was moved by how many local churches participated to show support for the LGBT community here. It gives a girl hope. 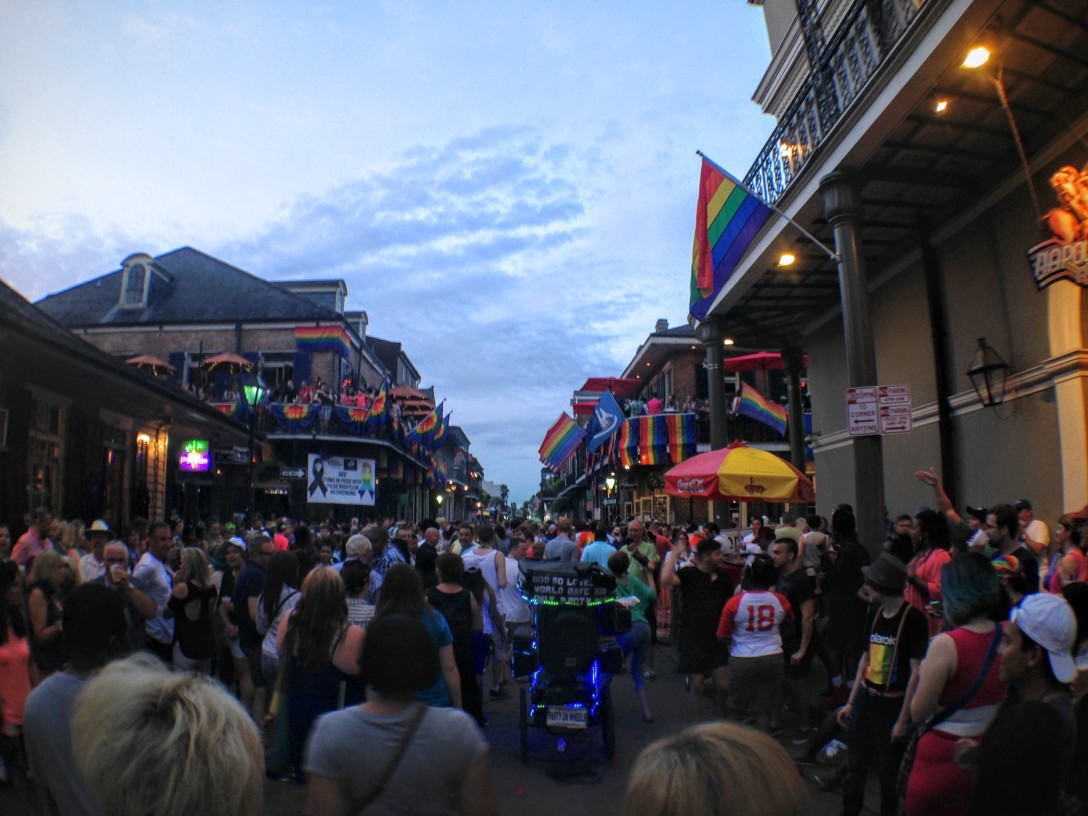 Congratulations to this lucky bachelor. 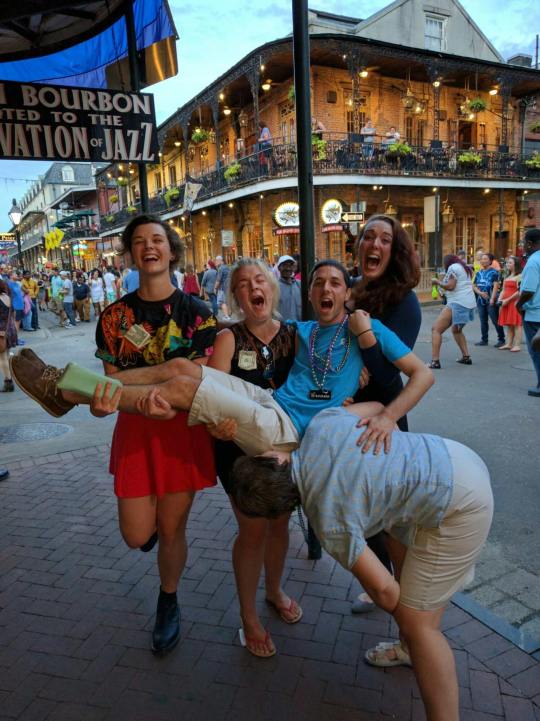 And congratulations to this stranger who volunteered to bite his ass for the pic. 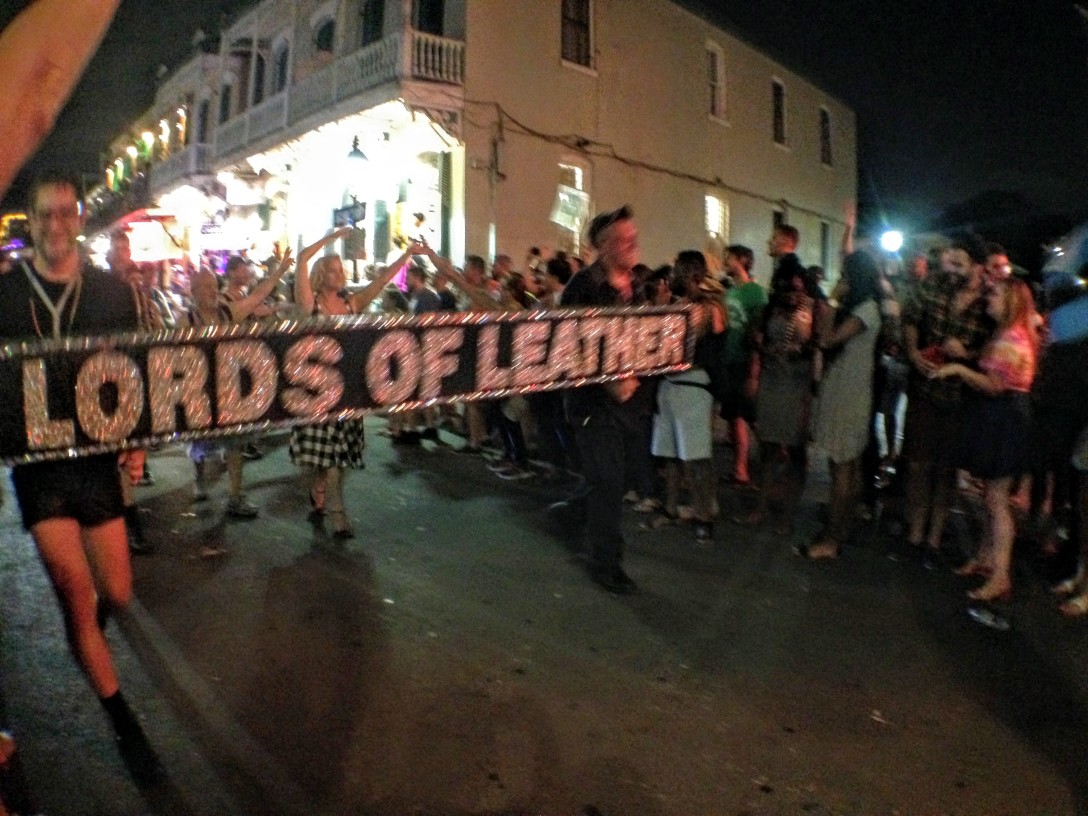 Having survived the night (narrowly), we all dragged ourselves outta bed the next morning to hydrate and re-enter the world. We convened for an unforgettable brunch – no, really – which began with Cafe Amelie’s renowned shrimp and grits and concluded with their bread pudding… made with croissants. I know. Our enchantress of a server even comped the champagne and puddin’ for my real and true birthday. What is this place? After a jaunt around the French Market and a spell of settin’ and watchin’ folks we took a streetcar home, quite ready to watch the actual Moulin Rouge and slumber.

On my final day, Caroline made incredible Lobster Butter coffee and avocado toast which we enjoyed in her breakfast nook, perusing her baby pictures and giving soul-sister Kayleigh kisses on her way out the door. This quickly became the very best day. We sauntered through the Garden District and let the Jurassic foliage and bead-adorned trees ooze over us. C. Robb guided me to one of NOLA’s oldest cemeteries which sports its graves above ground in gorgeous stone structures. We then snapped a few pics in front of her *hopefully* future place of employment – the Commander’s Palace.

Another streetcar delivered yet again to the Quarter where we grabbed a revitalizing real Pimm’s cup at Molly’s and a muffuletta (slay me, so good) from Central Grocery. Word to the wise, a half of a muff’ was still larger than my entire skull. After that briny, cheesy food miracle, we set up shop at Jackson Square where we played Scrabble until we grew bored and tied at 226 each. Still on the food train, we delved into some beignets at Cafe du Monde and shuffled back out onto the bustling street through a haze of powdered sugar and ubiquitous street jazz. After a street car home, quick nap, and infusion of Beyonce, we checked out a few of the bars in C’s new hood in search of bar games. Success! Igor’s provided pool, foos, and kind men to buy us our second round of drinks. Not bad for being the two most obnoxious women in the joint (Caro for her pool victory and I for my foos domination). Thank you, stranger. But what better way to end one’s first stay in NOLA with some ice cream, Indiana Jones, and best friend snuggles? Home we went and home we stayed for the night. *contented sigh*

Caroline and I have been to more than a handful of the biggest U.S. cities together. I can safely say that I have often felt alienated by locals who I found mean and uppity whereas everyone we’ve met here has been “nice and downity” (- C. Robb). I can hardly believe this place exists. Imagine a fairy tale in which every character you meet is warm and mirthful, where you can take your beer to-go if you can’t finish it in one siting, and where the repeatedly blasts of AC from each new storefront feels like a spiritual awakening. The dream is here, friends. The dream is here.

Tomorrow I leave. I leave my best friend. My partner in crime, the red beans to my rice, the Indiana to my Short Round. Everything about this city is embodied in Caroline, I do believe. The soul, the flavor, the beauty, the kindness, the joy. The powdered sugar. I will forever think of my powerful best woman as the Queen of this bayou and I can’t wait to hear about the ludicrous experiences that await her here. I daresay this will prove a fine place for headquarters once world domination is in our clutches. I love you, Caroline. I wouldn’t have half the strength that I do today if not for you. I would say “we’ll meet again” but I carry you with me everywhere.

Deep breath. Time to head north. Camping in Georgia, Virginia, and then on to Ithaca, NY to see a certain guitar teacher of mine.

UGGGGGH, CAROLINE, I MISS YOU.