This past weekend, a gaggle of Callarmans gathered to celebrate the birthday of one very special fellow.

Great Uncle Dan and I have been kickin’ it for practically 2.5 decades now. You could say we’re pretty tight. He’s my late (magical) grandma’s youngest brother and the stone-cold/warm n’ fuzzy patriarch of the California arm of the fam. Graciously, the wine-country and Bay Area faction of the clan have been hosting us dusty Oklahomans on our seasonal Westward migrations for long before I was around. I’ve always considered us a tight-knit family despite the distance and that is reward enough to forgive one-hundred summers’ worth of cross-country carsickness.

Anticipation of Callarman-shenanigans pulled me willingly from beloved Oregon. After having my gas pumped for me one final, sacred time, I headed to Dan’s chosen Air BnB in Incline Village, NV on Lake Tahoe. The drive was a breeze and highly lovely.

It was my first time at Tahoe and it was just as stunning as anticipated. Sadly, where we stayed felt highly exclusive and because we weren’t willing to pay $12 a head to go to a private beach, accessing the shoreline was somewhat of a challenge. We weren’t hurting for it, though. There was ample time for food and games – both backyard and board. I won’t disclose who won Scrabble but I will say that Ellen and Uncle D were less than pleased with me (as if they weren’t the ones who created the Scrabble beast I’ve become). 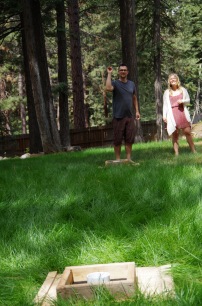 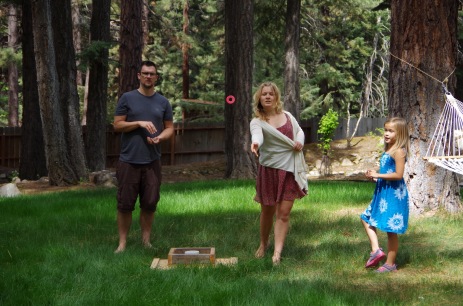 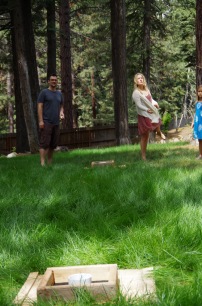 The (supposedly) convivial grumbling between Erik and I about Incline Village’s impossible beach access came to a head when he became so incensed that he attacked me in my sleep with a soccer ball. My hammock-slumber decidedly concluded, we all gathered our wits and tried the previously packed public beach once more. We were not disappointed. 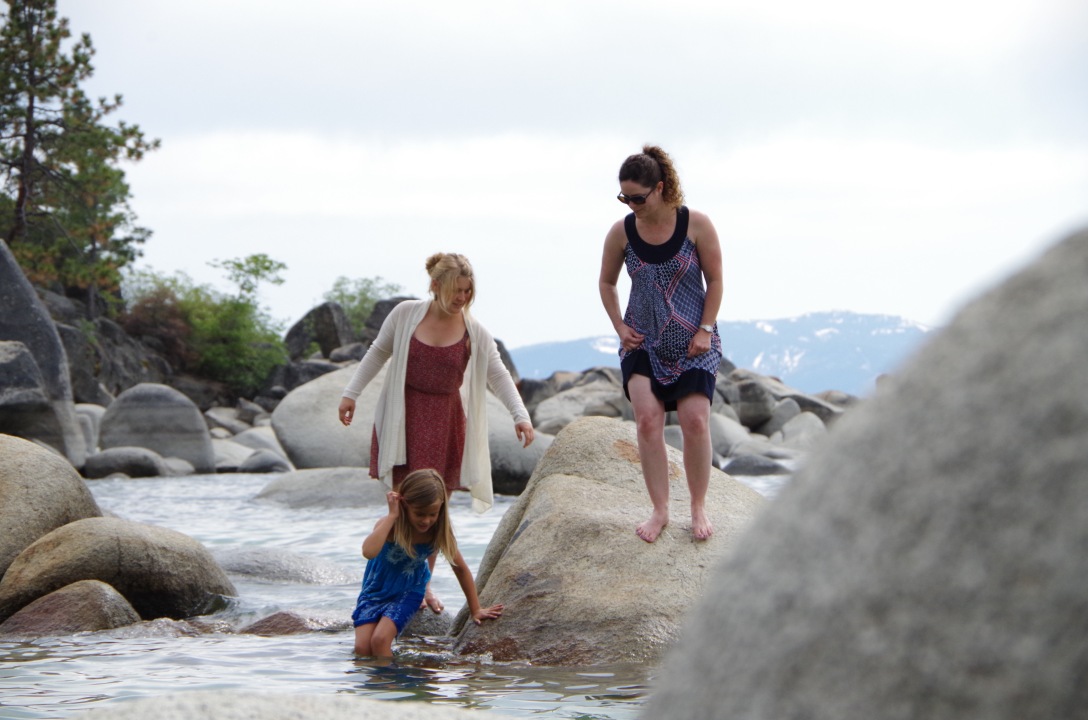 For morning fun, Dan had us neatly pitted against one another in two breakfast teams (Sunday/Saturday). While there were no losers, I must note that Sunday Team’s dish-up was pretty pretty. We lost points for not having enough fruit salad but otherwise, a winning menu. The rest of the weekend was filled with the good stuff – more board games, steak & cake, serenading the birthday boy, hair-braiding, recipe swapping, and per family decorum, countless outbursts of laughter about subtle quips made in quasi-private exchanges which everyone is actually monitoring for their own comedic fodder. 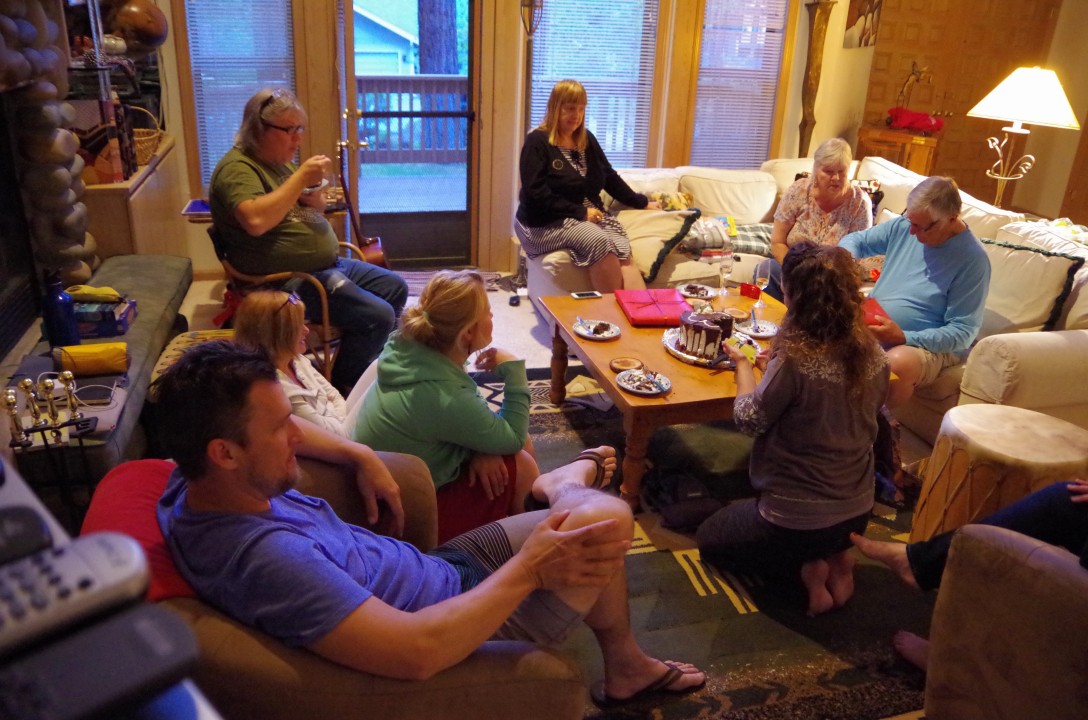 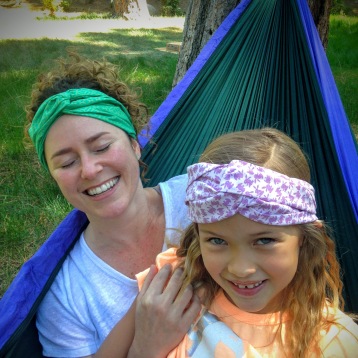 Tearful goodbyes were of course inevitable. From Tahoe I would be continuing East and likely not see most of this perfect family for 27+ months following Peace Corps service. I owe everything to my family who has always cultivated a culture of creativity, bravery, patience, tolerance, acceptance, and being a general wise-ass. If I had to describe a single sinew that runs through our Oklahoma and California wings, I would say it takes the form of spare-bedrooms – often with a spot of gas-money on the dresser for the winsome youth being hosted at the time. I look forward to the day when I can stick Sophie in the princess quarters of my estate while she writes her screenplay for The Shopkins Brady Bunch Goes to Hogwarts.

I love you guys. Thank you. Thank you for everything. Like every visit that has come before it, I will never forget this weekend. You are the COOLEST bunch of investigative journalist, backpacking/cyclist kitty-daddy, registered nurse, Americana musician, bohemian Grande Dame, camera wizard, Silicon Valley empress, shiny Wunderkind, San Franciscan architect, Latvian Mother-Queen characters to which a girl could count herself related by both blood and choice. Here’s to hoping the family glow lasts considerably longer than I expect it will as I hum along highway 50 for the next ca-drillion hours. We needed to get out of Tahoe, anyway. As I’m sure you also considered, the event of a zombie outbreak above the shoreline would leave us strategically screwed.